I posted a sample exam for exam #2 on the shared files page (233sample_ex2.pdf). You may work through this example to help you study. I do not recommend relying soley on this example; also look at homework questions and TA notes for additional material.
Posted by Dr. Landrie at 6:46 PM 0 comments 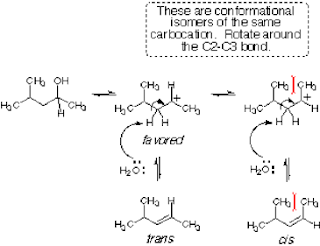 CHEM 233 final exam will meet according to the schedule below. The exams will start on time so please arrive early so that you may find your seat. Again, a final exam information sheet will be distributed on the day of your practical. Happy Thanksgiving.

The final exam for CHEM 233 will be held on Monday, December 10 from 6-8pm in Lecture Centers A1 and B1. Because there are two rooms, the class will be divided in half. You will receive an informational sheet on the day of your practical exam that will indicate which Lecture Center you should attend. This info sheet will also contain sample questions, review topics as well as exam policies.
Posted by Dr. Landrie at 3:43 PM 0 comments

Well, I've finally entered the world of blogging after having spent probably hundreds of hours reading the blogs of others. It feels good, although I'm a little skeptical since I tend to be a perfectionist and reread my writing over and over until I am satisfied. I'm somewhat comforted that this blog is dedicated to organic chemistry--a topic I could write endlessly about. Initially, I anticipate the blog to more or less function as an announcement board for CHEM 233 and CHEM 333, especially for the remaining Fall 2007 semester. However, I certainly hope it can grow into a platform for initiating interesting discussions in chemistry. It may even be entertaining, but that might be stretching. . .
Posted by Dr. Landrie at 2:32 PM 0 comments